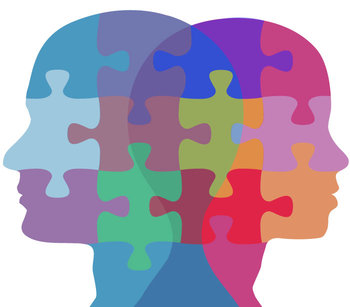 In a couple of recent supervision sessions two coaches discussed sessions where they had asked few, if any, questions and yet at the end of the sessions it was evident that progress had been made and the client had thanked them for their assistance.

Both coaches were a little despondent and frustrated, saying that they had “done nothing” and were questioning what added value they had contributed. In fact, both had made a positive contribution, conscious (or even unconscious!) use of silence. That also fails to acknowledge the other significant contribution made by the coaches – laying strong and resilient foundations for the coaching relationship through careful, bespoke contracting, which built rapport and trust with each client which was evidenced by the client feeling confident enough, and comfortable with the use of silence by the coach, to disclose information and innermost thoughts.

This led me to reflect on the use of silence in relation to coaching sessions and the following points occurred to me:

– Timing – when the silence occurs is interesting to reflect upon. If the silence occurs near to the start of the session (or the relationship), this could be an indication of the client “testing the water” to see if it is safe to engage. My own coaching practice is that in advance of the initial session I forward copies of my coaching agreement, my profile, code of ethics and also a “What is coaching” document. In the session I then check for understanding, and specifically always explain what confidentiality means. I also ask the client if they wish to add anything into the coaching agreement. I have found that this approach assists in quickly developing trust and rapport with the clients, as opposed to simply addressing this verbally in the first session.

If the silence persists, or if it appears later in the coaching relationship, as a coach I begin to evaluate whether the client is ready to be coached (or still engaged with the coaching intervention) and, also, whether I am the right coach for that client.

Mick Cope in The Secrets of Success in Coaching, [2010] Pearson Education Limited, states “As a coach you are there to help the client deliver value through sustainable change- not to do it for them. But this leads to the question: do they want to change, or like so many people who try to change, do they just want to want to? In essence, you need to identify those who can and want to change, as opposed to those who won’t or can’t.”

Cope then outlines what I refer to as The 5 P tool, which describes five category of client, in a descending scale: Players, Participants, Passengers, Prisoners and Protestors. If dealing with a Prisoner or Protestor do not forget to consider your own interests as the coach- do you really want to coach the person? What is the risk that this could pose to your reputation or your practice? What countermeasures can you take to minimise the risk?

– Context – reflect on when the silence occurs – what preceded it? Is the silence evidence of the client reflecting? There may be clues from the position of the client’s eyes or from other body language. Alternatively, is the silence evidence of disengagement or avoidance. Watch out for mounting that white charger and going into rescuer mode! Some clients can use silence to avoid addressing the issue. One of the skills that you will quickly develop as your coaching experience grows is knowing when to break that silence.

Reflect on what your practice is when faced with a silent client? Is this an area for improvement – is it part of your coach continuous development plan? Is it one of the elements you focus upon in as part of your reflective practice. Silence is not simply desirable in these situations, it is critical. The wartime slogan was “Loose Lips Cost Lives”, as a coach our slogan should perhaps be: “Loose Lips Costs Clients and Your Reputation”.

Finally, how could I deal with the topic of silence without quoting from Simon & Garfunkel’s “Sound of Silence”. Silence in coaching is “People talking without speaking”.