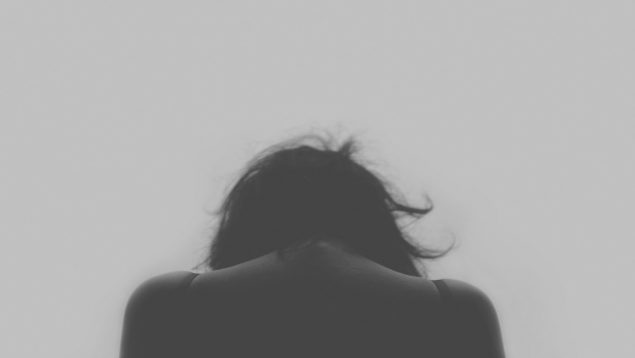 Raising awareness of coercive control: Working with recovering victims within the coaching relationship

Anyone can fall victim of coercive control, an insidious, invisible form of abuse which has been a criminal offence in the UK since 2015. It encompasses all spectrums of society, in various contexts, organisations of diverse genres and interpersonal relationships. The aftereffects on the victims are devastating, negatively impacting most if not all areas of their life. Health issues, professional and social lives and financial losses are not uncommon as the victim requires time to rebuild their health and self-confidence in their abilities regardless of their previous personal and professional achievements.

Despite having had some time for recovery after exiting this relationship or situation, coercive control victims may still maintain some of the beliefs and behaviours that were inculcated within this dynamic. The lack of understanding of this issue in society and amongst health professionals may hinder recovery and hence reinforces the need for understanding of coercive control.

Coercive control is sometimes referred to as a cultic relationship and has similar dynamics as in brainwashing. This may appear to be somewhat extreme to some readers or observers who are unfamiliar with either cultic, brainwashing or coercive control dynamics. However, the primary tool is to gradually isolate the potential victim whereby their beliefs and behaviours are gradually changed to conform with the abuser/leader. Hence, the victim’s critical thinking and mind becomes closed to any thoughts or truths that lay outside the closed environment. The abuser is then at liberty to incorporate other forms of manipulation and abuse which creates an environment of fear and enforced dependency on the abuser.

An extract from the UK Government Home Office states that ‘Coercive or controlling behaviour does not relate to a single incident, it is a purposeful pattern of incidents that occur over time in order for one individual to exert power, control or coercion over another’(Home office, 2015).

Therefore, in writing this article I intend to raise awareness of the aftereffects on victims and the risk of a coach retraumatizing a recovering victim if they are unaware or unfamiliar with the dynamics of a coercive control relationship. As a victim of coercive control and having listened to other victims of coercive control in diverse contexts, the challenges they encountered in order to be understood were all too familiar. Whilst in the early stages of my recovery, well in advance of my undertaking coaching training, I encountered a coach who in hindsight lacked knowledge and experience in this dynamic. It was a situation that could have created further trauma if I had not been so intuitive and ended the coaching relationship. Hence, this highlights the importance of coaches discerning both the readiness of a recovering victim, the compatibility between the client and the coach and the level of the coach’s understanding of the after-effects on the victims.

Furthermore, as I undertook the assignment for my ILM7 certificate I realised there was a lack of material in coaching clients who had exited these situations and presented with beliefs and behaviours that appear to be contradictory to their skills and prior achievements. These clients present with challenges that are outside the normal expectations of a coaching relationship. Therefore, coaches need to be discerning and recognise some of the challenges these clients may present. They also need to signpost if necessary and establish appropriate boundaries.

Hence, the clients may present with beliefs and behaviours that are remnants of the coercive control relationship as a result of the methods used to control the victim’s environment. They may have confusion over their goals with difficulty defining their goals and needs. Recovering victims may have challenges with long term planning, appearing to lack motivation. This is due to the unpredictability of the abuser/leader’s demands who consequently sabotages any goals and long term plans that the victim may have been preparing or envisaging whilst limiting their access to resources.

Their communication style may appear limited considering their previous or current professional and/or personal situation, and during the course of the coaching discourse, certain words may trigger an emotionally laden response which are reminders of the abuser. This is because these words in ‘cultic’ language are referred to as ‘loaded language’ whereby certain words require immediate behavioural responses which are conditioned by a reward/ punishment system. Therefore, with different forms of conditioning, the victim may have difficulty maintaining the structure and focus in order to be able to establish and pursue their goals appearing to procrastinate, but this is conditioning based on a fear response. Ultimately, their self-perception may be incongruent with their actual professional and/or personal abilities as their beliefs and behaviours have been influenced by the coercive controlling relationship regardless of the context, and their vision has become very limited to other alternatives. This is due to the complex dynamics within the relationship, creating confusion in the victim’s mind as they lose their critical thinking skills.

Hence, these various factors may create stagnation during the course of the coaching intervention and perhaps risk creating frustration on behalf of the coach due to the client’s hesitancy and self-doubt. It is at this point without the coach understanding the client’s past experience within this dynamic that the relationship risks becoming one of dependence and power over by the coach if not vigilant.

I feel that Peter Bluckett(2006), in the Psychological Dimensions of Executive Coaching, raises an important issue that can be applied to these coaching relationships. He emphasises the importance of being aware of “organisational dynamics and systems issues” and quotes O’Neill(2000) who raises the awareness of the importance of the coach focusing on “the whole grand ‘ecosystem’ in which she functions” rather than “the client alone” and their “personal challenges, goals and inner obstacles”.(p7)

I would relate ‘the system’ in this instance to the coercive control relationship and the context in which the victim has been exposed, as this will assist in understanding the client’s current situation in relation to the past. Any remnants of this previous system may still be currently affecting the client’s progress. Thereby, the coaching process needs to be always moving in a forward direction but at times needs to look back and take a bird’s eye view of the client’s storyline.

Therefore, the coach needs to ensure that there is compatibility between the client and the coach in order to establish trust and rapport, and ensure that the client is ready for a coaching relationship with realistic expectations. On the other hand, if the client is not ready or is unprepared for the forward planning required within the coaching relationship then the coach would need to signpost the client to seek appropriate therapeutic support. For example, in circumstances whereby changes in self-perception or behaviours towards meeting their goals are still resisitant. These are indicators that the client has remained frozen in trauma-related issues and if the coach persists, risks retraumatizing the client which would create setbacks in the client’s progress. In addition, the client may become dependent on the coach’s approval with the risk of dependency, imitating the dynamics of the coercive control relationship as there are no boundaries within these abusive situations.

Therefore, the coach needs to be very self-aware in maintaining boundaries which also supports and assists the client in regaining belief in themselves and trust in others. Hence, the importance of the coach understanding the dynamics of this form of abuse and the impacts on the victim.

Regardless of the context, organisational or interpersonal, victims of these abusers/leaders are impacted to varying degrees suffering similar after-effects. I have attempted to illustrate some of the dynamics and after-effects on the victims as a result of this insidious abuse, and the relevance of the coaching profession gaining an increased understanding and discourse in this particular field. Whilst many people may not have been subject to or suffered from this abusive dynamic themselves, they may have witnessed or heard of victims within their organisations or social sphere. Furthermore, I have attempted to demonstrate the risk of retraumatizing a recovering victim/client if the coach is unaware of this dynamic and the importance of understanding the context in which the client had been subject to this abuse. By understanding their past circumstances and how it affected them, it demonstrates empathy towards the client and interest in supporting them in obtaining their goals whilst giving hope for future plans.

Summary of some of things to be aware of:

Finally, for those who are interested in further exploring this dynamic, there are a variety of materials across various topics that demonstrate in one form or another the complexities of the coercive control dynamic, and I will suggest just a few of them.

Evan Stark(2009) ‘Coercive Control’ is an influential person in promoting understanding of this dynamic and discusses this within the terms of domestic violence context.

Peter Bluckert(2006) ‘Psychological Dimensions of Executive Coaching’ as I above mentioned, and whom I found particularly of interest as he raises the awareness of self within the dynamics of the coaching relationship.

I included both Tourish and Stein’s books as they discuss coercive control and leadership in different organisational contexts and thereby give further insight and perspectives on the dynamics of coercive control.

This is just a general overview of the impacts and after-effects on the victims of coercive control regardless of the context. If anyone would like to discuss or have concerns regarding this topic, please email me at: mary@schellecoaching.com

BSC’s Alumni is made up of highly talented individuals; their diverse backgrounds allows them to bring specific skills and experience to coaching. One BSC Alumni Member has brought coaching together with their international experience and their work in the area of coercive control, using specialist knowledge as a Coach.